The Art of Architecture: 5 Iconic Skyscrapers of New York 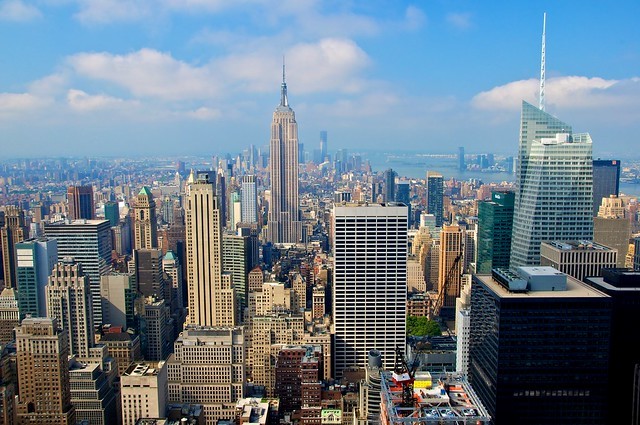 The Art of Architecture: 5 Iconic Skyscrapers of New York

By the number of high-rise buildings with a height of over 150 meters, New York is second only to Hong Kong, with a score of 257 against 313. However, in terms of recognizability and symbolism, the skyscrapers of the Big Apple have gone far ahead.

We propose to have a virtual tour around 5 grandiose buildings, which are not only the highest, but also the most beautiful in NYC. Those who want to see these amazing structures in reality will be able to experience unforgettable emotions. Moreover, finding these buildings in huge New York is not difficult – just pick up AVR airport van rental and enter the address of the desired place in the car’s GPS device! 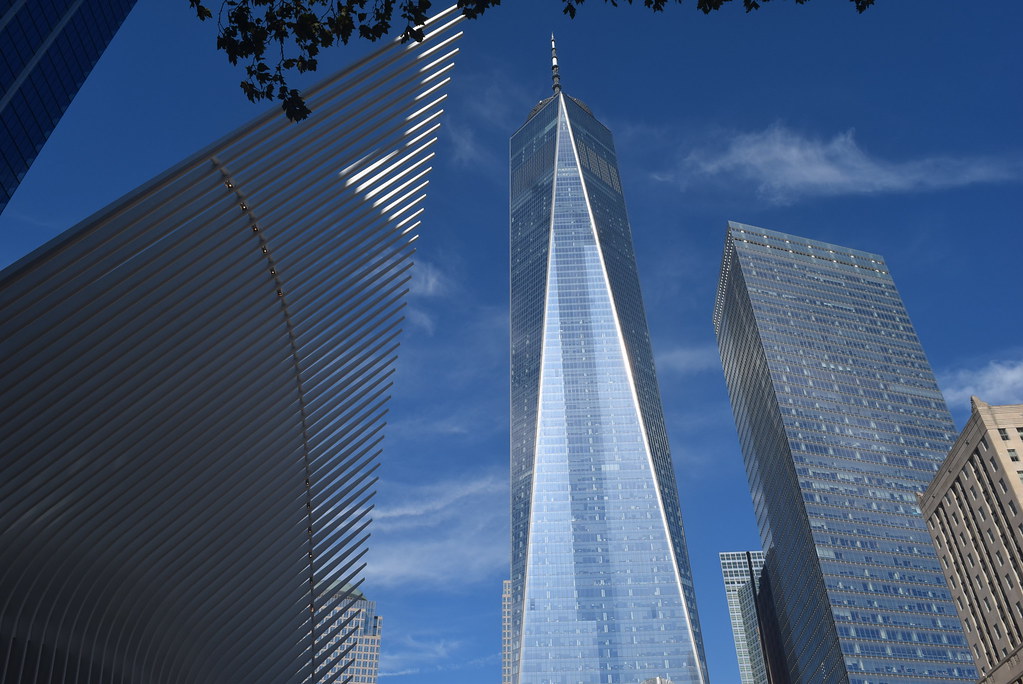 It’s the tallest building in the USA and throughout the Western Hemisphere, as well as the tallest office center in the world.

The 104-storey Freedom Tower, erected on the site of the destroyed World Trade Center, is considered to be the most secure office building in the world. Concrete used in construction is seven times stronger than usual. A massive, 57-meter-high, windowless base can withstand an explosion of several mined cars.

Elevator shafts, stairways and communication systems are surrounded by 91-centimeter concrete walls. The steps between the floors are 50% wider, and there are two times more water supplies to fight a fire than provided by standard safety requirements. Chemical filters are installed in the ventilation pipes in case of a biological attack. 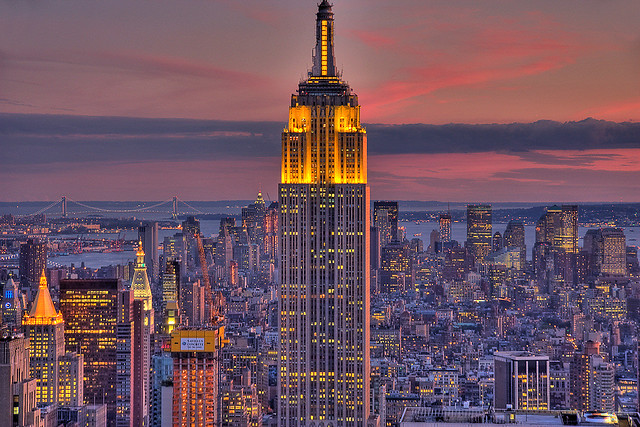 The Art Deco skyscraper, which has retained the title of the tallest building in the world for almost 40 years, was built in a record 410 days. Every day, 3,400 builders worked on it, moving up at a speed of 4.5 floors per week. However, there was absolutely no hurry – in the midst of the Great Depression, the business life of New York stopped. In the first year, only a third of the office space was leased, and only after the end of the World War II, the 103-storey building began to generate income. 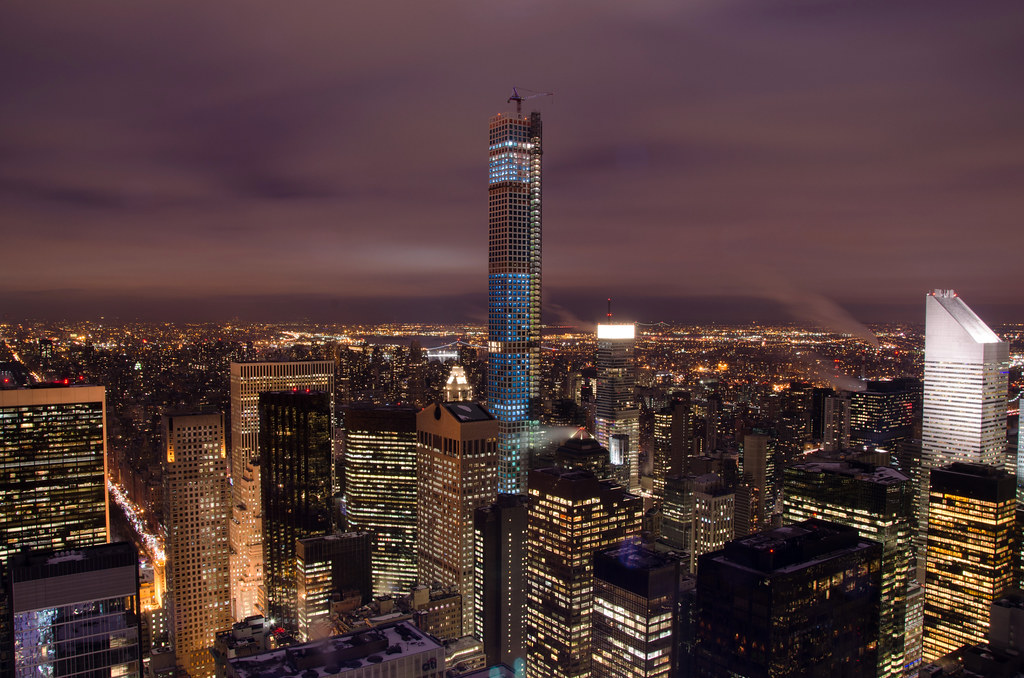 This super-skyscraper with square windows boasts a record height-to-width ratio of 15 to 1. From a distance, the design looks very fragile.

For New Yorkers, the 85-story skyscraper has become primarily a symbol of transcendental housing prices – up to $95 million for a penthouse. Almost half of the 125 apartments were bought by foreign oligarchs who collect real estate like works of art. Therefore, most apartments are empty for more than 10 months of the year. 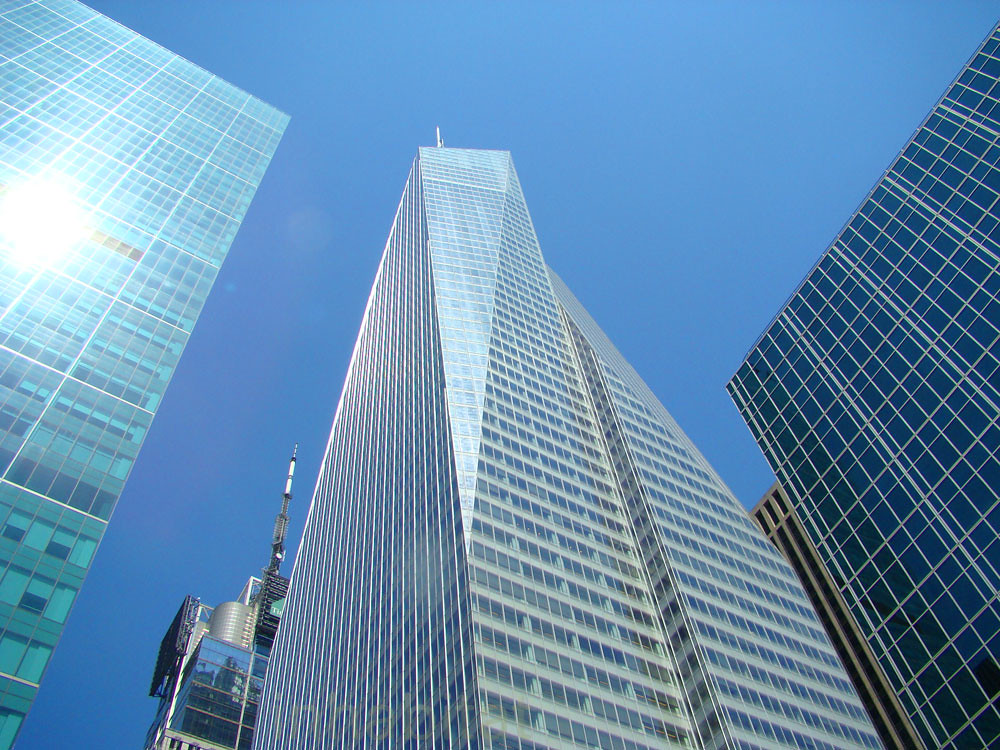 This is the most eco-friendly skyscraper in the world and the first skyscraper to receive a platinum certificate under the LEED standard.

The 55-storey building is 75% built from recycled materials. Almost half of the cement was replaced by slag – a by-product of metallurgy. According to environmental experts, cement production accounts for up to 8% of all carbon dioxide emissions into the atmosphere. Having reduced its consumption, the designers of the skyscraper, even for a moment, but delayed global warming.

Local office workers enjoy the benefits of controlled daylight coming from floor-to-ceiling windows. If it’s too sunny outside, the auto-dimming system is activated. In addition, double-glazed windows have increased thermal insulation, allowing you to save on heating.

The building is filled with carbon dioxide level sensors. As soon as it becomes too stuffy, fresh air is activated, which is preliminarily cleaned of dust, gas and other harmful substances. The system also filters outward air. Thus, the building ‘exhales’ a cleaner mixture than ‘inhales’. Other environmental developments include rainwater storage and purification systems. 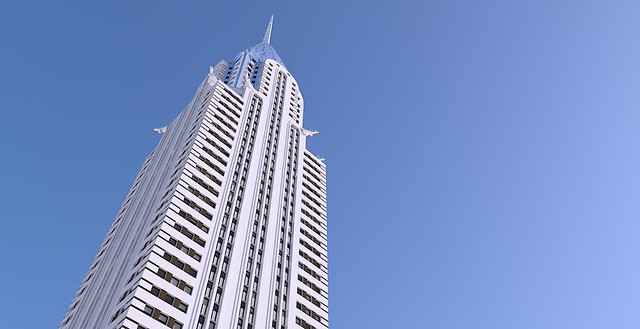 When the founder of the corporation, Walter Chrysler, had already proved everything to the automotive industry, he decided to erect a monument to his greatness – the tallest building on the planet. In the same period, Trust Bank Manhattan also sought to break the height record.

New Yorkers followed the skyscraper race. According to the project, financiers won a decisive half-meter from an industrialist. But Walter had a backup plan – a 40-meter spire, secretly mounted inside the building. Installing a steel ‘needle’ took just an hour and a half.

Now the headquarters of the loser bank belongs to the current US president and is called Trump-Building.

Walter Chrysler didn’t long enjoy a victory: after 11 months, the record of his brainchild was defeated by the Empire State Building. However, until now the 77-storey Chrysler Building keeps the name of the tallest brick building on the planet. During its construction, more than 4 million hand-laid bricks were used.

Chrysler managed to take another height. The skyscraper, decorated with many details on the automotive theme, is among the tops of the most beautiful buildings not only in New York, but also of the entire planet, and is considered to be an unsurpassed masterpiece of Art Deco architecture. 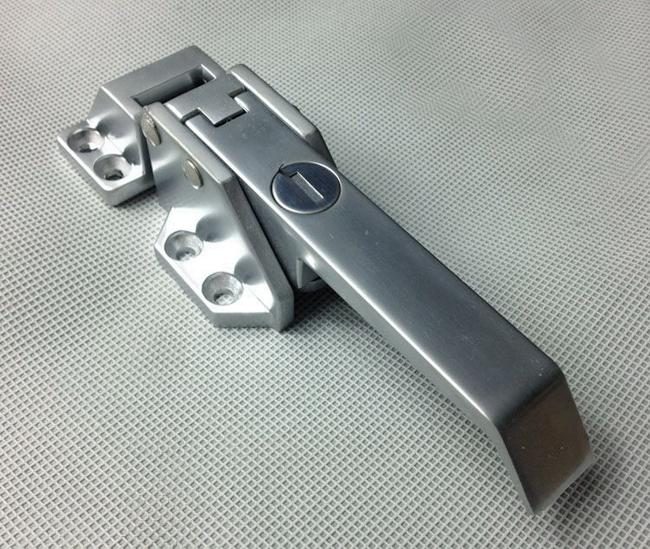 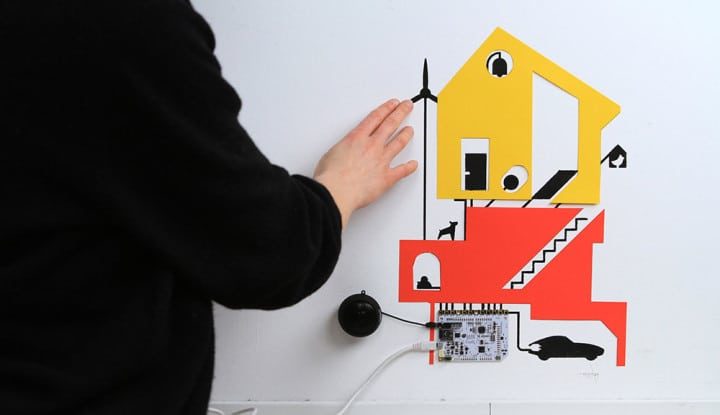