Choosing Lights: Why LED Is Better Than CFL Light Bulb?

Choosing Lights: Why LED Is Better Than CFL Light Bulb? LED lights, short for light-emitting diodes, are the best choice now for your lighting fixtures for many reasons. Not only is it better for the environment, but it has a lot of higher quality in all factors of performance, especially when compared to the CFL lights.

According to Halcyon Lights LED Lights NZ provider, with a more effective light bulb comes lower electricity bill prices. Since you aren’t using as much energy, it means that you won’t have to pay a lot of money to keep the lights on, literally.

When you’re investing in your lighting, you want to make sure that the light bulbs last for a long time so that you don’t have to keep getting replacement after replacement. With that said, one of the reasons why LED lights are better than CFL lights is because it has a much longer lifespan than the latter; and by much longer, we mean there is no dispute at all.

Aside from the longevity of life, LEDs are also a lot more durable. CFLs can be quite fragile and can break easily unlike LED bulbs. If you’re not careful, even certain movements and vibrations can create cracks on the CFL bulb.

With LED bulbs, this is a non-issue. It is much more durable compared to both CFLs as well as incandescent light bulbs.

Wasting energy isn’t only wasteful in a financial sense, but it is also wasteful in the environmental sense. Therefore, if you’re a person who is vigilant about sustainable practices, then you should be more conscious about becoming energy efficient. On that note, LEDs are much more energy-efficient than CFLs.

One of the reasons why it’s so energy efficient is because it is cool to the touch, which will reduce your air conditioning bills. Aside from that, it generates more energy than CFLs. A 16.5-watt LED bulb, for example, can generate energy equal to that of a 20-watt CFL.

When it comes to LEDs vs CFLs, there isn’t a significant difference between the brightness that these two generate. However, LED light is a lot more directional so you can really focus it’s light on specific areas if you want to. Plus, it doesn’t need as much energy to produce the same level of brightness.

As mentioned before, the reason why LEDs aren’t as wasteful in energy as CFLs is because it is a lot cooler. Heat build-up from lights will make a room much warmer which is bad during summer months. LEDs don’t have as much of a problem when it comes to heat build-up in the bulbs so there should be no worries about that.

LED bulbs are useful for all sorts of particular instances. Since they have a low power requirement, for example, this means it’s a lot more practical to hook it up to solar panels in, particularly remote areas. Aside from that, you can easily use them when they’re connected to small portable generators in case of emergencies.

LED light bulbs are the next step in the evolution of light bulbs. If you still haven’t updated your lighting setups to LED lights, then now is the time. As you can see, they’re less expensive, more effective, and last a long time too. 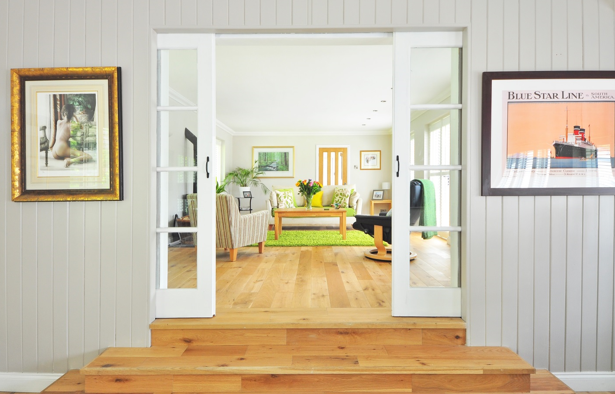 DESIGN A BEAUTIFUL LIVING ROOM WITH OUR USEFUL GUIDE