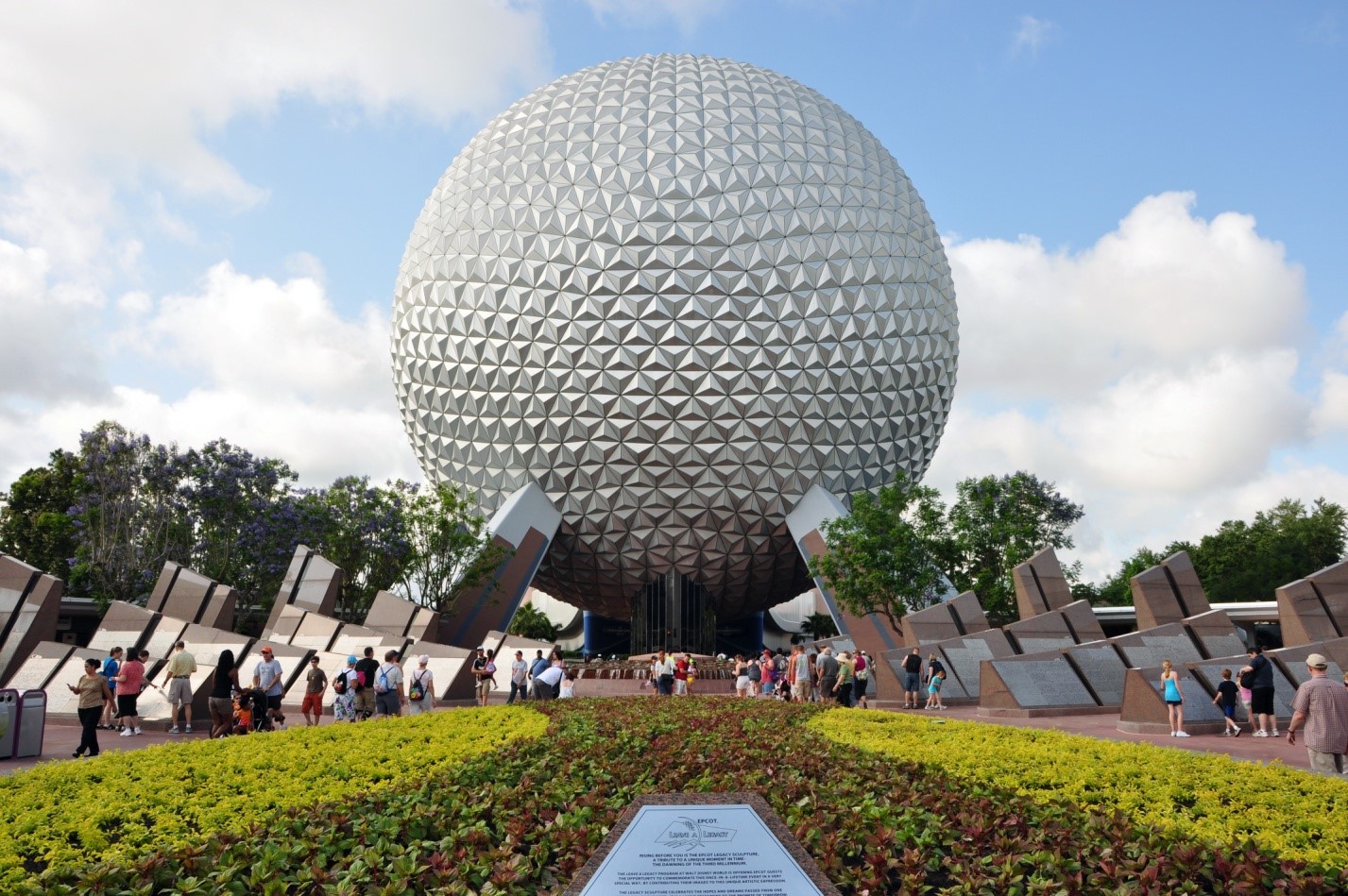 Over the centuries of development of engineering thought, a huge number of spherical buildings and domes have been created all over the world. Numerous modern architectural structures have successfully proven that a building may not have corners at all. Cultural and shopping centers, temples, cinemas in the form of huge balls shock our imagination.

Some of them have a faceted facade, some are smooth, but each building necessarily becomes a kind of architectural icon due to its unique geometry. Let’s look at some incredible spherical buildings around the world, and you will certainly want to see them with your own eyes.

By the way, we recommend renting a car to make your tour of spherical buildings much more exciting. If traveling with your family, then rental car for 7 passengers is best suited as it has a fairly spacious interior. Don’t know where to pick up such a car? At Rental24H.com choosing the best rental car for 7 passengers is not difficult, since you can compare offers in many ways. Cars are available almost all over the world so you can be sure that you will get to the following unique spherical buildings quickly and easily.

The museum, dedicated to the environment and water resources, is located in the Jean-Drapeau Park on the Saint Helen’s Island. This construction was originally the US pavilion at Expo-67.

The pavilion, which looked like a big soap bubble, made a tremendous impression and then it was decided to keep it. The outer shell, wrapped the museum, which appeared inside it, is a geodesic dome with a diameter of 76 meters, assembled from steel rods. In 1990, the former pavilion was turned into the museum and after 5 years it again received visitors in a new quality.

This experimental housing subsidized by the Dutch government has become the hallmark of a small town. 50 spheres similar to alien ships are located near an artificial lake. Each house basically has a cylinder, onto which a balloon with a diameter of 5.5 meters is hoisted. Despite that housing is not very suitable because of a small size, people live there. Such houses are especially attractive to bohemians and students who want to live in a unique setting. In addition to its non-conventional form, houses are also notable for the fact that they are easy to dismantle and transport to other places.

The Philharmonic was built on Seguin Island in the middle of the Seine, on the site of the former Renault plant. The company inherited an extended pedestal for a sphere consisting of a wooden patterned grid and an overhanging sail made of solar panels.

The sail moves along the rails after the sun. Architect Shigeru Ban remained faithful to the traditions of using wood in his buildings, and the use of solar panels and extensive landscaping added to the concert complex even more environmental friendliness.

The architect was faced with the task of creating the most transparent, functional space, while not occupying a vast territory and not covering the famous Henry Moore’s “Nuclear Energy” sculpture, created in honor of the historic moment – the first nuclear reaction that was carried out there in 1942 in Chicago University by Nobel laureate Enrico Fermi.

The major designer of the library decided to remove underground the main treasure of the library – a high-tech 5-floor book depository with 3.5 million books, and cover the aboveground part with a reading room for 180 visitors with a dome.

The structure is a grid of steel tubes with cells. At the bottom, the glass is completely transparent, and on the upper tiers in the cells it’s fritted and reflects up to 70% of solar heat, which saves the cost of air conditioning. The columns, in addition to the supporting function, took on the task of hiding the ventilation and heating systems. 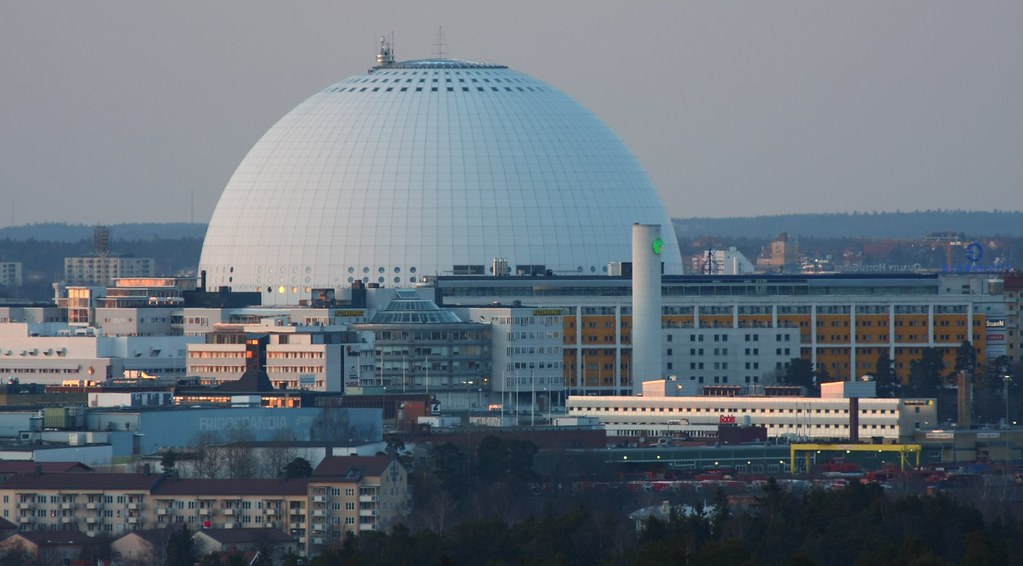 Ericsson Globe is considered to be the world’s largest spherical building – it can accommodate up to 16 thousand visitors at once. The diameter of the Globe Arena is 110 meters and its height is 85 meters. The huge dome is based on 48 curved steel columns, the inner shell is aluminum grating, and the outer one is made from very thin metal plates laid on an aluminum grating.

Hockey matches, concerts of celebrities are constantly held there, and, in addition, Ericsson Globe boasts a very original viewing platform, moving from one side of the building to the other.

This grandiose building was erected for the Millennium Experience exhibition, which was dedicated to the celebration of the arrival of the third millennium. After the exhibition closed, the Dome became an O2 entertainment complex.

The structural features of the building are as follows: the dome is supported by 12 hundred-meter masts, from which cables with a total length of more than 70 kilometers hang. It’s the cables that give the Millennium Dome the necessary shape and support the entire construct. The coating is made of the lightest white fiberglass with Teflon.

An interesting fact is that a prime meridian passes through the western edge of the Millennium Dome. 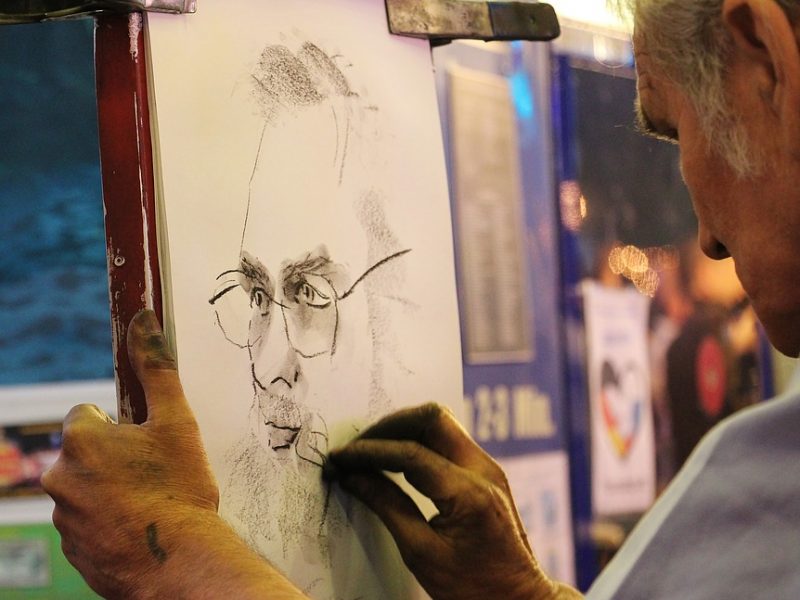 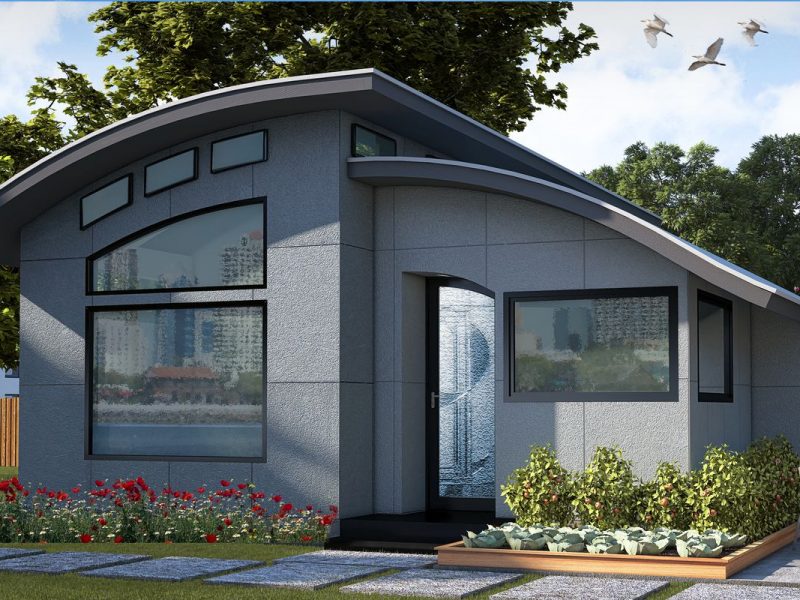